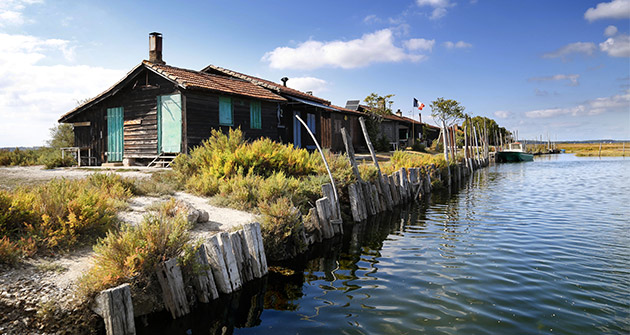 Tourism in the Gironde

Do you want to prepare the activities and visits for your future stay in Gironde? Discover all the essentials of tourism in Gironde with Grand Sud campsites!

Where is the Gironde department located in France?

Gironde is a department in the southwest of France which belongs to the Nouvelle-Aquitaine region. 33 is bounded by the Atlantic Ocean to the west, the Gironde estuary and Charente-Maritime to the north, the Dordogne and Lot-et-Garonne to the east, the Landes to the south. The department is home to a wide variety of landscapes: vineyards around Bordeaux (notably Saint-Emilion), the prefecture, and in the Médoc; huge sandy beaches on the Silver Coast (Hourtin, Lacanau); large lakes; part of the Landes forest and the Gascogne regional natural park; an oyster basin (Arcachon basin) and the highest dune in Europe: the Pilat dune.

Which city to visit in Gironde?

Have you just booked a fully equipped prestige mobile home in one of our Grand Sud campsites by the Atlantic Ocean? Overview of the 5 must-see cities to discover in Gironde:

It would take several days to get a glimpse of the rich heritage of the Bordeaux city. Bordeaux is famous for its lively student life, its historic Saint-Pierre district, its beautiful Place de la Comédie enlivened by the Grand Théâtre, its Cité du Vin and the reflecting pool on Place de la Bourse. How about biking? The Bordeaux area is served by 200 km of cycle paths with an efficient and well-developed self-service bicycle system (more than 200 stations).

This bourgeois-style seaside resort is a peaceful resort with superb villas concentrated in the Winter Villa. This 10 hectare area has a very large park, the Moorish Park, in which you will see a building that will remind you of the Alhambra in Granada (Moorish casino). Stroll near the port or on the beach, take a gourmet break at the foot of an oyster hut and climb aboard a traditional boat, a pinasse, to navigate the basin and observe the tchanquées huts of Île aux Oiseaux .

The main attraction at Cap Ferret is around Île aux Oiseaux and the oyster parks in the Arcachon basin. It is from the top of the 52 m lighthouse that one enjoys one of the most beautiful views of the basin, the ocean and the Pilat dune.

This town of Médoc has beautiful sandy beaches and a lake where several nautical activities are practiced. It is home to dunes and marshes, part of which is protected under the status of national nature reserve.

High place of surfing, Lacanau is probably the most trendy seaside resort of Gironde. Each year it hosts a world competition reserved for the elite, the Lacanau Pro. The town has two churches, a pond of almost 2,000 hectares, several cycle paths and hiking trails including the GR 8.

What are the must-see places of interest in the Gironde?

On the Place Pey-Berland, stands this magnificent religious building built between the 12th and 15th centuries, seat of the Archdiocese of Bordeaux. As you enter Saint Andrew’s Cathedral, think of the great marriages that were celebrated there, notably that of Anne of Austria with Louis XIII at the beginning of the 17th century.

One of the most beautiful squares in Bordeaux, especially at night once illuminated. Since 2006, the Place de la Bourse has been decorated with the largest water mirror in the world, which covers an area of ​​3,450 m2.

One of the most beautiful samples of flamboyant Gothic in France. Built between the 14th and 16th centuries, it is listed as a historic monument and listed as a UNESCO World Heritage Site.

Inaugurated in June 2016, the Cité du Vin is the great meeting place for lovers of fine wines and wine enthusiasts. This complex of more than 13,300 m2 is distinguished by its modern architecture and its vast spaces dedicated to viticulture.

In the north of the Gironde, the Médoc has a special charm. A land blessed for the culture of wine, the Médoc contains many prestigious wine estates, picturesque ports facing the Gironde estuary and several seaside resorts Soulac-sur-Mer, Montalivet, Hourtin, Lacanau).

What activity to practice in Gironde?

A wonderful way to discover the Arcachon basin, the Arguin bank and the Pilat dune. The landscapes seen from the sky are absolutely striking. Flights are organized from Lège-Cap-Ferret.

Wine tourism is very developed in Gironde, in particular in the Médoc. Several wine estates open their doors to visitors with, to end the visit, a tasting of their wines.

In the forest, between the vineyards and castles of the Médoc, around the Gironde estuary, the lakes or the Arcachon basin, on the banks of the Garonne and the Dordogne… The marked hiking trails allow you to discover the wealth landscape of Gironde.

The 33 has nearly 400 km of cycle paths, including two European routes (Vélodyssée and Scandibérique) and one national (Canal des Deux Mers).

To perfect your swing and spend a pleasant moment in lush greenery, treat yourself to a round of golf! The 33 is dotted with several 9 and 18 hole courses, notably in Bordeaux-Lac, Teynac, Margaux, Pessac, Gujan, Lacanau and Arcachon.

Where to go for a walk in Gironde?

Want to go for a walk? Put your walking shoes in your suitcase before going on vacation to a Grand Sud campsite for a digestive walk or a sporty hike.

The floral park is one of the green lungs of the Gironde prefecture. A peaceful area of ​​33 hectares, very well appointed, perfect for recharging your batteries after your visits or a hearty meal, where children can run and play freely.

This small circuit close to the Arcachon basin allows you to combine hiking and oyster tasting. After the walk in the forest, you will find a picnic area and a playground near the lake. Fishing allowed.

Circuit of the Soulac villas

Another short walk that will take you into the “city of 500 villas” to admire the Notre-Dame Basilica of the end of the Earth and several beautiful villas.

A circuit that delights walkers in search of tranquility, rural landscapes and local heritage. You will see along the way the Saint-Genès church and the mill of Grand Jean.

A pretty semi-urban route between village, vineyards and pond.

What are the gastronomic specialties of the Gironde?

As in the whole of southwest France, foie gras and other goose and duck products have a luxury place in Gironde gastronomy. Discover five other specialties to discover during your stay at the Grand Sud campsite:

Feeded only in breast milk for 75 days, Pauillac lamb has a protected designation. The qualities of this meat were already known in the 13th century. Accompany your meat with a Saint-Emilion or another great Bordeaux wine.

In the deli section, there is the Médoc granary, an andouille made of stuffed pork and ham simmered in a vegetable broth. For a perfect match, we will this time tap into the Médoc wines.

Their reputation is well established. To be enjoyed at the foot of an oyster hut or on the terrace of a restaurant near the port, Arcachon oysters are tasted with a dry white wine. If you are staying at a Grand Sud campsite at the end of July, attend the oyster festival in Andernos.

Boletus edulis, better known as the Bordeaux porc, is among the best edible mushrooms to be found in France. Its flavor is reminiscent of that of hazelnut. From porcini soup to carpaccio noodles, there are a thousand and one ways to cook it.

This side-shaped cupcake is from Bordeaux. The cinnamon intoxicates us with its rum and vanilla scent, its tender texture and its sweet charm. A real treat to consume at any time (or almost).

Where to sleep in Gironde?

Tourism is one of the driving forces of Gironde. To be able to welcome all visitors and satisfy their desires, the hotel capacity is vast and varied. You will find several hotels of different categories and for all budgets in Bordeaux and its metropolis, in Libourne, in Saint-Emilion and in the seaside resorts of the Silver Coast. You can have the experience of sleeping in a castle in the Médoc, in a wine estate. Apartment rental, especially since the emergence of Airbnb, is a very dynamic market in high season. Do you want to stay in a high-end rental at a low price in a preserved setting close to the ocean? Book your vacation at a Grand Sud campsite.

Tourism in the Gironde : Nearby Cities

Tourism in the Gironde : Holiday ideas 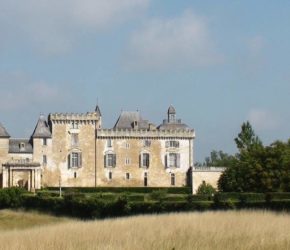 Top 10 visits and activities in Gironde

Top 10 visits and activities in Gironde 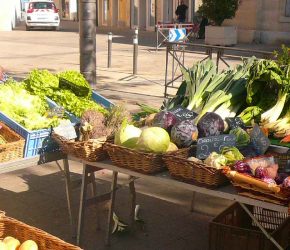 The most beautiful markets in Gironde

The most beautiful markets in Gironde 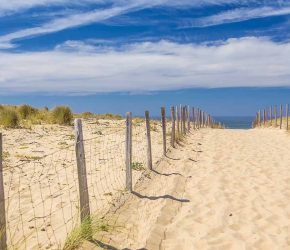 The most beautiful beaches in Gironde

The most beautiful beaches in Gironde 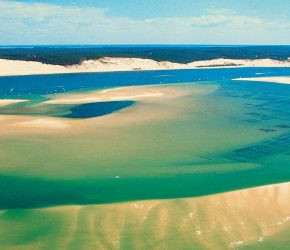 The Banc d’Arguin in Arcachon

The Banc d’Arguin in Arcachon

The Dune of Pilat

The Dune of Pilat 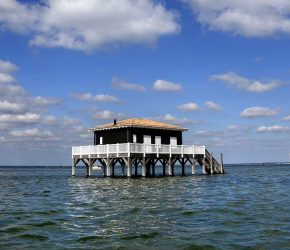 The cabins tchanquées and the Bird Island